DPA/DWS location - A chance to work in a fast paced, exciting role for an Australian icon has arisen. Come and see the outback with the Royal Flying Doctor Service! Working with a team of supportive staff, this role will combine emergency medicine with rural general practice, 80% retrievals/20% clinics. A full time retrieval doctor is required for the Royal Flying Doctor Service's Port Hedland base. Working nine shifts per fortnight (both day and night shifts) this position would suit a career doctor or proceduralist general practitioner with acute care experience. You will also be require to service the outlying clinics in Nullagine, Marble Bar and Yandeyarra. Significant post-graduate experience is required (between five and seven years). Must have significant Emergency Medicine, Critical Care, Anaesthetics (difficult airway management) and Paediatrics experience. Candidates who do not possess all of the above skills are unsuitable for RFDS. Applicants will be involved in providing a range of clinical services including Telemedicine, Aeromedical Retrievals and Flying Medical Clinics. Employment is for a minimum of 12 months but doctors usually stay much longer. A comprehensive formal training program is provided in Perth at commencement. This is a unique opportunity for highly skilled medical practitioners to take a break from the ordinary and experience work as a flying doctor in outback Australia. Position start date April/May 2020. 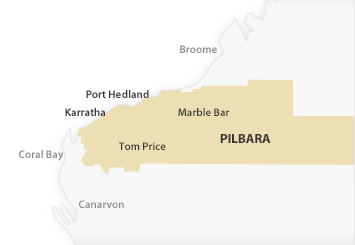